Goodness only knows why, but the England and Wales Cricket Board have named a squad of 30 for the Champions Trophy to be held in India in October and November. This squad will eventually be whittled down to 14. Below I will give my verdict (because I am very self-important) whether they should or should not be considered to make the final 14. It will be three posts. 10 at a time. And if anyone would care to comment it would make it feel vaguely worthwhile! 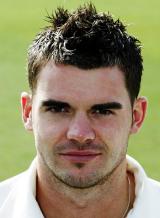 James Anderson (Lancashire) - A top quality bowler who is a major injury doubt, if fit he is a must in the team nevermind the squad 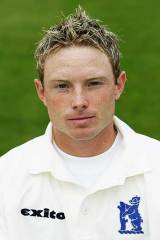 Ian Bell (Warwickshire) - For whom the bell tolls. Magnificent Summer, constant heavy-scoring and has looked at home in the one day team. Good fielder and capable of getting through a couple of overs. Should make squad. 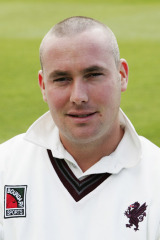 Ian Blackwell (Somerset) - An as yet unfulfilled talent whose international stats bear testament to this. Capable of destructive Freddie/KP style batting and a handy bowler in the one-day game. Another injury doubt. 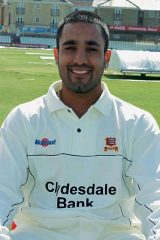 Ravi Bopara (Essex) - I am a fan of Bopara. A young pormising bat who is more than handy with the ball. His form has not been scinitillating this year, but a brave and bold inclusion into the preliminary squad. Would be very surprised (amazed) if he makes it. Maybe a year or two early, but certainly worth a second thought 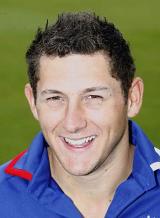 Tim Bresnan (Yorkshire) - I have not seen a great of Bresnan outside of this Summer's one-dayers, but of what I have seen I think he is a good prospect but just not quite good enough at the moment. I am hopeful he will mature and improve, but the Champions Tropy - and ultimately the World Cup - are going to come too early. One for the future though. 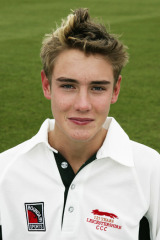 Stuart Broad (Leicestershire) - Not only does Stuart Broad have oodles of potential but he has been very impressive this season, opening the bowling for Leicestershire and looking handy enough wielding the willow. For me a definite for the squad and for the World Cup and for the Ashes. Broad and Anderson could well be England's opening bowling partnership of the future. 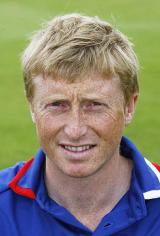 Glen Chapple (Lancashire) - Chapple has been a quality performer for as long as I can remember. At 32, he is not past his prime but is also not going to improve. A big question mark because I do rate him, but do not see him as an answer to any of England's problems. A very touch call. 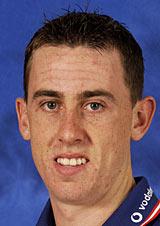 Rikki Clarke (Surrey) - So what if he's ugly? Clarke is a very good player who has played for England before, found slightly wanting and is now better. A good all-rounder who may step up to the plate to be Freddie's back-up (and future replacement) as the team's #1 all-rounder. 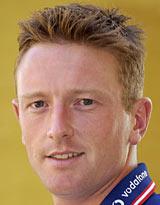 Paul Collingwood (Durham) - Definitely. Coming along very nicely. His batting and bowling are perfectly suited to the one-day game and his fielding makes him an invaluable asset. 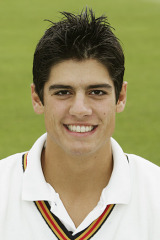