It's Great Britain not Fat Britain 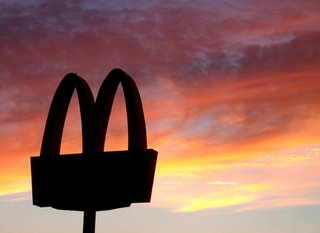 It's shock horror on the front page of the Metro this morning. Two thirds of British teenagers are too fat to be in the army. Big fat porky Britain. Field Marshall Brigadier Fat Tongue Oliver must be fuming.
But why not have porkers in the army? As the old saying goes fat people are harder to kidnap and by following this thinking through it is possible to conclude that the whole Lebanon conflict could have been avoided if the Israelis had fatties patrolling the border.
And anyway if you don't have fat people in the army what will they do? Oh, hang on a minute, get a security job in the Palace of Westminster, of course.