The Bell's ringing: Round One 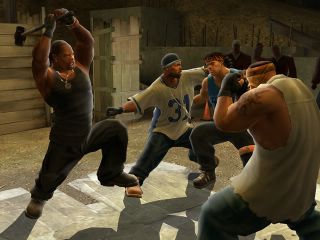 Eat your heart out Guy Fawkes, 400 years on and finally fireworks in the House of Parliament. Parliamentary insiders were witness to an ugly fight, in Bellamy's Bar, surpassed only when Bob Marshall Andrews called Jim Dowd "a faggot".

A suited and booted individual was wrestled to the ground resulting in the stand off of all stand offs. Having said that one of those partaking in the aforementioned fisticuffs did the gentlemanly thing and took his suit jacket off and loosened his tie. Nice touch. Proper street fightin'.

The standoff concluded with a number of insults. "Lets go outside you ****"; "I'm gonna have you mate" and "you ain't got no spunk to take me on." Well quite.

Sadly despite having heard two witness accounts it appears neither of my spies actually saw anything. Some vital facts remain unknown: Why the ruck? Who was involved? Should the word spunk have been used?

Violence of another kind was heard of at the Sports and Social Club's Karaoke Evening as one Gutbuster was heard to have murdered Elvis.