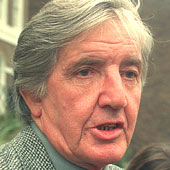 More than one way to skin an alleged Cokehead

Dennis Skinner, "The Beast of Bolsover". Scourge of the Centrists and, in my divine opinion, great man; Dennis found himself in hot water over a characteristic outburst in the House. The Beast who mentioned a rise in back-stabbing as the Tories ousted George, Ian and Duncan Smith said, with regards to economic growth in coalfield areas in the 70s and 80s, that "the only thing growing then were the lines of coke in front of boy George and the rest of them.". In his defense the Beast claimed "it's true, it was in the News of the World". After(quite rightly)refusing to withdraw his comment Dennis Skinner was obliged to leave the House
Dennis Skinner is ranked #8 in Wannadoos extensively researched top 10 political rogues.
Listen, if Tories vote for cokeheads (allegedly) and MPs pick up on this point, there is no need to get sniffy about it.