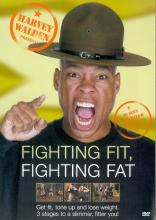 Shut your mouth and make sure there's no food in it

By virtue of having a bit of free time yesterday, I caught Celebrity Fit Club. OK, I deliberately saw it, knowing it would be a chance to laugh at people and post it here. At a measly 37.5% non-recognition factor (Sharon Marshall, Jeff Rudom and Carol Malone) I was initially disappointed. Not to worry the laughs were soon on their way. Bobby George might have figured out why he is overweight. Yes, like any self-respecting bejewelled cockney whelk, Bobby has 2 fridges in his bedroom. At about 3 or 4am he will wake up go to the fridge and start gourging himself on chocolate. His wife, Maria says it sometimes wakes her up - apart from that she seemed blissfully content.
I don't like that fat bird off Hollyoaks, at least her character - I have never met Mikyla Dodd herself. I used to enjoy watching Hollyoaks and was always furious when she waddled on screen taking valuable camera time off the assorted hunnis.
However, there is a darker side to this: Anne Diamond seems to have issues. A serial (soon to be cereal) yo-yo dieter, it seems to have a very negative effect on her and she seems on the verge of a breakdown. And then there is Russell Grant. Russell has suffered in the past from depression (after the sad deaths of his grandmothers and dog, Owen). He has also suffered from a vast, seemingly never-ending hunger. He is about 5ft nothing and tips the scales at close to 22st. The show doctor said with his weight and medical conditions he could well die any minute. Bet he didn't see that in his stars. Maybe it would have helped if he could see his (crystal) balls.
So with one star almost dead and another on the verge of a total mental collapse I sincerely hope ITV is insured.
On a positive note: Mickey Quinn. The man is a legend. An awesome goal-scoring striker and now a champion horse trainer and excellent presenter on Talksport. He is great and must win.