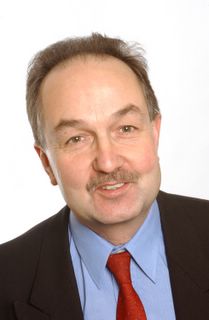 The human face of George Galloway

Obviously, Goneaway is not dead. He's in the Big Brother house. It's just the title of this post.
So who is this gent in the pic? It is Steve Waltho, former Dudley Cllr and current beau (and husband) of Lynda Waltho, MP for Stourbridge.
Sadly for those who would like to keep the links going, Steve is not an arseh*le and does not pretend to be feline and drink milk out of Lynda's hands.
Lynda courted controversy when she was reported to Labour Party whips for holding George Galloway's hand in Central Lobby.