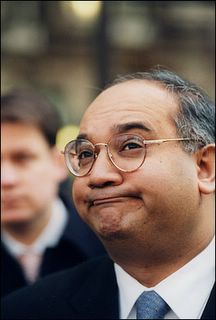 I'm an MP, vote for me please

Thanks to Recess Monkey (didn't forget to mention you, big guy!) I found myself having a quick look at EDMs, Parliamentary Motions that give:

a) hard-working committed MPs the chance to bring national attention to pertinent issues, or
b) sycophants the chance to hawk for votes with a well-timed local Press Release.

I'm not sure which category this one falls in to, but I am sure readers could have a guess.

That this House congratulates Leicester City Football Club of the Championship League on its excellent victory against Tottenham Hotspur in the FA Cup Third Round; recognises the commitment, talent and courage in coming back from a two-nil deficit to beat a top-flight Premiership team; further commends the Manager, Craig Levein, club Chairman Jim McCahill and match-winning goal scorer Mark De Vries on one of the most exciting and dramatic FA Cup matches in the history of the competition; and wishes the Foxes' supporters a successful cup campaign.

If any Leicester City hating or Sheffield Wednesday supporting MPs are reading this (which they won't be, so please draw their attention this way) could someone table an amendment to mention their subsequent 2-1 defeat at the hands of the Mighty Owls, which moved Wednesday further away from the Relegation Zone, whilst leaving Leicester third from bottom.

Comments:
WOW WHATS NEXT>>>Live Your Life With A Little Daily Motivation.. Do we seek special education Daily,weekly or yearly. I have been interested in working and special education for years now. I am driven to success by the master teachers from the past. I really enjoy people like Wayne Dyer, Greg Vanden Berge and Tony Robbins. Im writing to this blog for selfish reasons, I want to see everyone live the life of their dreams. I am Living my life to the fullest and it is due to a book writen by Greg Vanden Berge . Master Goal Achiever and Author of Start Living Your Dreams Today.. A Great Book from the masters.. I hope you enjoy the book as much as I did..