MPs are mugs to return to debate on drugs 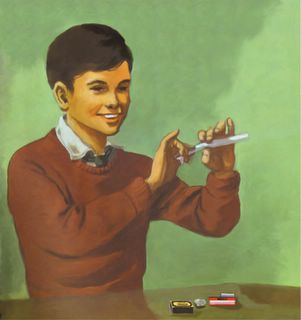 Bit of a drag

So cannabis is to be upgraded to 'Code Red'. Shock horror, as new research proves, or doesn't, that cannabis has links with mental health problems. No sh*t? Really?
It is undoubtable that prolonged, and regular, use (or abuse if you are a Tory) of cannabis has an effect on the psyche. Smoking causes cancer and drinking causes liver failure. As with all stimulants, taken in moderation the effect will be minimal. I just wish that this relapse on Government attitude to cannabis was not caused, as it seems to have been, by a swift reaction to Tabloidus Panickus.
There are irrefutable facts about cannabis. The posturing of politicians, of whichever hue, will not cause more, or less, people to smoke dope. Fact. Another problem is that it is very, very tricky to prove anything has an effect on mental health.
The whole issue of cannabis seems to give MPs yet another chance to be out of step with the kids. People do not need an MP to talk on this subject. I am not in favour of legalisation. I just do not think it will lead to an increase, or decrease, if cannabis is legal or not.
I have always found ugliness and obesity more dangerous to mental health than marijuana.

Comments:
Ugliness and obesity leading to mental illness. Not me Guv!

Yeah! Sit on the fence Beef. We know the problem is not with the weed. Its with the mentality associated with whether its right or wrong, legal or illegal. Perhaps its because of an addictive personality disorder. I bet by life savings worth of monkey scrotums that anyone who smokes/ingests/or otherwise the weed to such an excess usually has a weakness for other things too. We've all heard someone say at one time or other, "I have an addictive personality". Its those people, whether they be professionals or out and out bums that have the problem. Lets not let those few be the problem for those who enjoy a toke now and again or a drink or two. Where has the previlige gone for all those teenagers (once upon a time) who thought that when they turned the legal age, have the right to choose what they what to do ? Hmm ? Why is the message just simply not getting across to those idiots who seem to think that consuming alchohol is a much safer drug to control than a substance (the weed) is ? Is it the archaic association with south american drug barons ? Please!! Perhaps they are pissed off with the fact that they didn't catch on to taxing that sooner. The american indians have been breaking the law for thousands of years. Closer to home, why is it that magic mushrooms have only recently been given a classification. Why now ? How far behind are these people ? What next ? Are they going to ban nutmeg ? (For those who don't know, in sufficient quantities they give quite a nice kick). They say the booze relaxes me. I say GIVE ME THE WEED MAN!!!

I know you, pal. And there is no way you have an 'addictive personality'

Me ? certainly no. But the others ? Yes those who lurk in dark corridors, the ones who smell of Au de Glenmorangie and get their six year olds to roll a big ole fat one. That stereotype.