Svend of the road 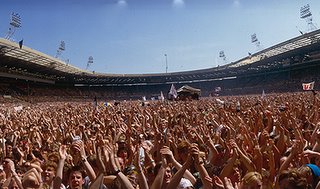 I like the way he has put himself in the window by pronouncing his intention to go after the World Cup, thus getting the attention of anyone willing to pay his exorbitant salary and tolerate his voracious sexual appetite (oh my God - that sounds like the F.A). Anyone else remember the furore caused and subsequent failure of Jacques Santini's French side in the 2004 European Championships after he did the exact same thing Sven did? Oh well, I feel a safe bet would be that he won't go to Aston Vanilla. Or anywhere in England after his latest revelations about the beautfiul game being riddled with corruption in our fair Isle.
I don't care where he goes, so long as he does. Then the inevitable rumours of who to take over. I'll back Luis Felipe Scolari, a World Cup winner and Gene Hackman look-a-like.

Comments:
The Santini France/Spurs situation was unfortunate but lets not forget fair Mr Robson being ditched pre 1990 and El Tel basically handed his picture of a spitfire before 1996. My fear is that without a strong captain the players may not respond in the same way they did then.