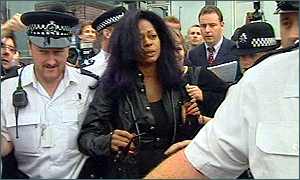 It’s amazing. The World Cup is the most awesome sporting competition. But my favourite memory is, without a shadow of a doubt, this little beauty. The prevalent school of thought is that the 1994 World Cup was the worst of modern memory, due mainly to a Turnip-managed England failing to qualify.
However, there were many highlights Roberto Baggio dragging Italy to the final only to miss a penalty in the shoot-out; Bulgaria beating Germany; Roger Milla becoming the oldest-ever World Cup goal scorer (I think he was 56) and his compatriot Rigobert Song (later to play abysmally for Liverpool and West Ham) becoming the youngest player to get sent-off in a World Cup (aged 17). Colombian Andreas Escobar being murdered for scoring an own-goal vs. the U.S. Said Al-Owairan’s wonder goal vs. Belgium (see earlier entry) and Oleg Salenko bagging 5 goals vs. Cameroon.
All of these pale into comparison though. People feared that the U.S did not understand football. Rumours were that U.S T.V execs wanted games split into 4 quarters for more advert breaks. These worries were compounded at the opening ceremony when some fat Yank ordered a thin and crusty Supreme cos here comes Diana Ross.
All she has to do is kick a big football into a massive goal from about 2 yards out. Yep. She scuffed it and put it wide (a task regularly replicated by Emile Heskey). However, the goal still collapsed as planned and the fireworks went off. Just sensational stuff.
(Diana Ross was once arrested and banned from driving following an arrest for DUI. She was also once nabbed for assault at Heathrow and got in heavy water for touching rapper, Lil Kim’s breast at the MTV Awards 1999)
If anyone has a jpeg of the Diana Ross penalty blooper please let me know.

Comments:
Hi,The reason we like your web blog other than website is because youdirectly talk with us... Many websites provide information that leads to an advantage towardsthe webmaster... Ex: They try to sell you some product. Your is very welcoming...All the best,make money at home online