This Aide was no help 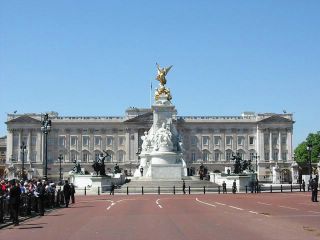 Don't let it be said I don't have my sources. Don't be put off by my lack of readers, almost total lack of comments and lack of concrete fact (apart from Wembley where all they have is concrete - and no grass). A Government insider, in an eerily similar scenario to Deepthroat wishing to only be known as Brandy Nipples, has offered me this gem.
Brandy phoned the Home Office with regards to the annual garden party at Bucks House. Brandy was informed, over the phone, that the Home Office did not issue the tickets, or deal with the issue at all and that all enquiries should be directed to Buckingham Palace. Brandy, still not deterred by this obtrusive...obstacle, persisted asking for a written reply to which she was told by the aide: "I suppose I could forward it [the letter] to Buckingham Palace, but I don't know the address."
Oi Vay! How can you not know the address of Bucks House? How's about Buckingham Palace, London? I can't quite see it being returned by the Royal Mail with 'address unknown'.
This kind of person is a real ham-and-egger, the person who answers the phone in Government ministries, or for Government Special Advisers and barely knows what day it is and has absolutely no knowledge*. Cheers dudes, a truly exemplary service.

* The lovely lady I work with rang a SPAD with regards to a particular issue and was told that there was nothing around and could she possible wait a day or so? A day or so passed and still nothing, so my Comrade rang the SPAD asked for the particular person she spoke to, only to be told: "Oh she is only an office temp".
HAM AND EGGER