Can the Sun effect Newton's law of gravity? 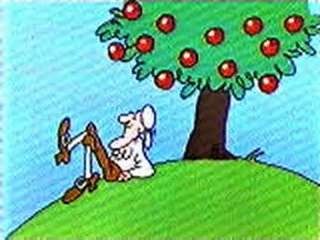 Yesterday, I reported that Shaun Newton of West Ham had tested positive for cocaine and been banned for seven months. In the light of this, the nation's moral guardian; The Sun has sought to stick the knife well and truly into Newton. The Sun certainly wants something to fall on Newton.
They indignantly splutter how disgraceful it is for a professional athlete to be guilty of what various Fleet Street journos allegedly do during their lunch hour (allegedly), post-work drink (allegedly) and...well, I'm not one to listen to tittle tattle. Newton should be made an example of they say. He should be banned for life (it's preferable to f*ck someone's career over in the name of being pious). They are also quick to say that Newton is the second Premiership player to test positive (after Adrian Mutu) whilst conveniently forgetting the case of Mark Bosnich (although they mention him in the article also?!?!)
Drugs is, of course, an easy target and drugs in football is like manna from heaven for the pariah press. As one West Ham wag notes in the Sun comment section; if coke is performance enhancing Newton should get a refund. How's about a campaign to get proper punishments for players who dive, headbutt etc, i.e. things that can actually influence a game.
No that may actually help the game, much better to crucify someone who's in no place to fight back.