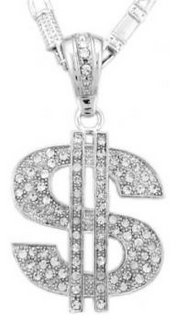 It's ex-Serie A now Series B club sweep and here's your host Dale Winton. Sadly not, but it's good to have an active imagination. The idea of Messrs Ferguson, Mouringho, Wenger, Benitez and Jol dashing around some European hypermarket and bunging as many players into their shopping trolley whilst Dale gets increasingly excited from the sidelines: "And, ooooooh, Mourinho has just picked up Zambrotta on special."
Sorry, it must be the heat. But to coin another perma-tanned TV presenter some of these players will be going "as cheap as chips" although whether they get hit over the head with a gavel after they are sold remains unlikely.
Ferguson seems to be acting like all his Christmas have come at once, seemingly eyeing up the whole of the Juve team! Spurs must relish the prospect of signing a couple of midfielders and then a couple more. Why the hell not? They're going cheap.
Given the availability of these players, small mouth Glenn is waving £10 million at Alan Pardew for star striker Dean Ashton, who could be the like-for-like replacement for Shearer in both terms of talent and prematurely receding hairline.
Liverpool now look set to complete the signing of Dirk Kuyt from Feyernoord and if this happens Liverpool will be looking very strong. Even stronger now that Traore is off. However, despite me deriding Bolton for wanting this useless, clumsy, guaranteed one massive mistake a game clown it seems he is going to go to the Valley.
And, in finishing, Portsmouth have apparently offered a whopping £8 million for the services of Curtis Davies of West Brom. Oh to have the financing of a Russian millionaire.

Comments:
Greets to the webmaster of this wonderful site! Keep up the good work. Thanks.
»