So it's silly season (Heskey £5.5 million to Wigan anyone?) and the inevitable enthusiasm that abounds everyone who selects a Fantasy Football team. I am, as ever, culpable; hoping that my team of XI will do me proud. However, I will inevitably not win as I can never be bothered to update my team. I think this centres around my team (Sheff Weds) not being in the Premiership and so my attention is more on whether Steve Howard will do a job for Derby, who will be going down with QPR and will Drew Talbot ever play again.
So in the pub last night a chum and me came to talk aobut Fantasy Comedy, the concept is easy if not competitive. You pick 10 comedy characters from film and...that's it.
And the first entry: the all-time King of Comedy, Mr Deadpan himself; I humbly submit Sergeant Frank Drebin, Detective Lieutenant, Police Squad

In this time of crisis let us not forget that Drebin knew how to deal with scum having single-handedly done for Gorbachev; Idi Amin; Arafat; Qadaffi; the Ayatollah and Castro (amongst others) 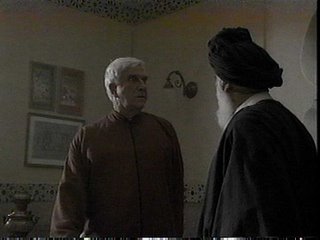 [Lt. Frank Drebin and Ed Hocken are in a sex shop making inquiries]
Busty Female Shop Assistant: Why should I tell you, copper?
Lt. Frank Drebin: Because I'm the last line of defense between sleaze like this and the decent people of this town.
[a male shop assistant appears from a storeroom]
Sex Shop Assistant: Oh, hi, Frank. Say, we got that model D83 Swedish sure-grip suck machine that you ordered.
Lt. Frank Drebin: [to the Female Assistant] It's a gift.

Frank: Wilma, I promise you; whatever scum did this, not one man on this force will rest one minute before until he's behind bars. Now, let's grab a bite to eat.

[Frank Drebin is emptying out his files after being kicked off the force]
Frank: Hey! The missing evidence in the Kelner case! My God, he really was innocent!
Ed: He went to the chair two years ago, Frank.
Frank: Well, uh...
[Frank Drebin quickly shoves the evidence back into the file cabinet]

Thug: Drebin?
Frank: Yeah!
Thug: I got a message for you from Vincent Ludwig.
[Shoots gun at Drebin]
Thug: Take this you son of a bitch!
Frank: I can't hear you! Don't fire the gun while you're talking!