I spot a discrepancy 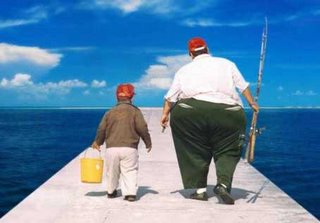 In the wake of the appointment of Caroline Flint as the fit Fitness Minister it has been announced that there will be 13 million obese people, or Porkus Maximus in latin, by 2010. Given this fact, it is refreshing that OfCom has remained resolutely against banning junk food adverts.
Anyway I go slightly on a tangent, the thing is pass results at GCSE and A-Level continue to sore higher year on year. As is well documented it is impossible to fail an exam now and some people are passing who didn't even sit the exam. However, if there are going to be more chubsters yet also more brainiacs it begs the question who's going to get their picture in the paper?
As we all know full well it is only beautiful people (or twins, or ideally fit twins) who get their photo in the paper after exam success, so what will happen when all people are fat? 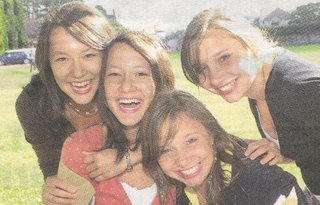 Comments:
Have you picked up on the biggest beef of the week Barry...it's a story made for your blog! i've just posted it...

yes i had seen this story. and i was almost mooooved to post it but it's a bit of a mooooot point.
i am a bull and i don't like my cows to talk at all...

I knew you were all Bull.