The pleasure of playing computer games

Was playing a cheeky bit of Championship Manager last night (2001-2 version - can't be done with the game play bit in later versions) as West Ham and played Manchester City in the 3rd round of the F.A Cup.
Just amazing. 7-7 after 90 minutes. 8-8 after extra time and 8-7 win on penalties. Scintillating! 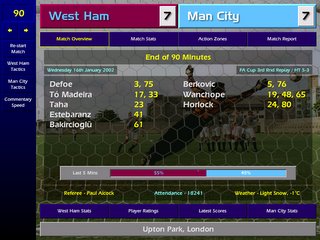 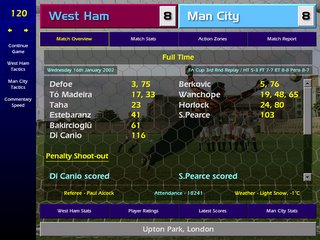 Comments:
Just a word Beefy. Does your favorite drink happen to be Bovril?

Who the fuck are you, Ossie Ardiles?