First it was the Crouch robo-dance, now it's the Ming Thing

Everyone remembers the Crouch robo-dance it was only a few months ago, but now rehearsed celebrations are reaching the political arena. Here is the how a simple wave was altered into the Ming Thing. Or to use its full title the Ming Thing (when he holds his arms aloft like he's doing the 'Y' movement from YMCA). It's just like the picture (left) depicting the evolution of pre-historic ape-like man into pre-historic, current day Liberal Democrat leader.
It started so innocently, as these things often do; with a little wave; almost impish (see picture 1). 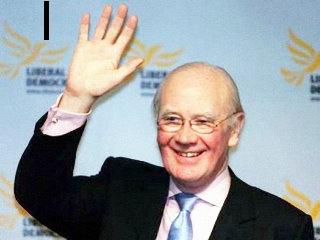 Lib Dem wonks knowing a thing or two about a thing or two urge Sir Mung Bean to change and in picture 2 (picture 2) you can see an adviser advising Ming how far apart he should keep his arms. 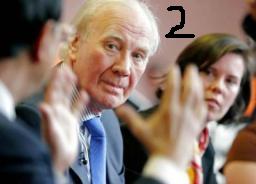 The first sign that things could go a little wrong was displayed by the first attempt of the Ming Thing (picture 3). 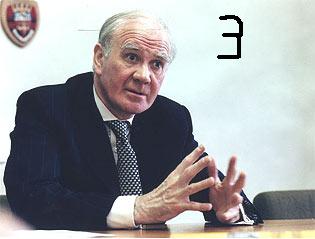 Advisers were furious and simply said one word to Ming, when he enquired how he looked, "HIGHER". A determined man, Ming displayed Olympian reserves by finally nailing it (picture 4) 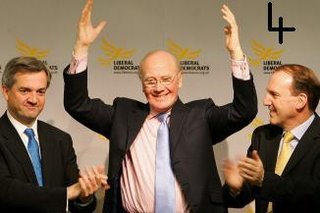 However, cameras not so close to the action saw that the Merciless One was casting a demonic shadow (picture 5) 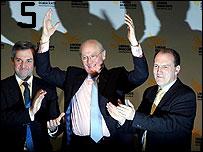 . Bemused by the very concept of shadows the intrepid leader goes for a Ming Thing at half-mast pose (picture 6) infuriating advisers who want Ming fully erect. 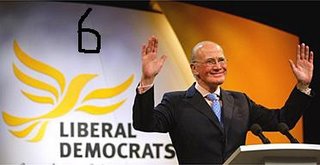 In response the first of the Ming dynasty goes all out with this effort (picture 7) only to look like he is proclaiming himself the Son of God, or at the very least his/her (strictly speaking though God is a gas) older brother. 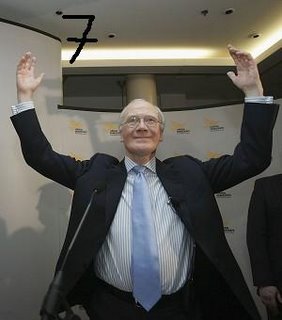 Now at the end of his Sarah (cockney rhyming for tether) and taking inspiration from the very vases that bear his name, Ming loses it and strikes this "Hi guys. It's me, the big guy" pose (picture 8), leaving the two chaps in the background thinking; "Oh my God, this guy beat us." 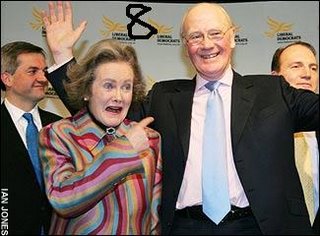 * matched only by Simon Hughes' smile

Comments:
Talking of Sarah Teather, is the Ming Thing a repeated offer? "Come on Sarah, its this big."