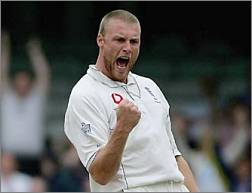 England - Any team with Freddie, KP, Anderson and Harmison have a chance of winning any tournament. One Day cricket much more than Test cricket is specifically reliant on individual performances. A destructive 100 from either KP or Freddie, or a quick 2/3 wicket spurt from Freddie, Anderson or Harmison could really turn the tide.
If Dalrymple and Yardy continue to bowl tidy spells and contribute with the bat and Read keeps well and chips in with lower order runs. Ian Bell and Andrew Strauss are classy players and Bell has started to show some real form as of late. Collingwood is a banker for some quality fielding.
However, if I take off my rose-tinted glasses I can look with admiration at the other teams and, man alive, there are a lot of quality teams. 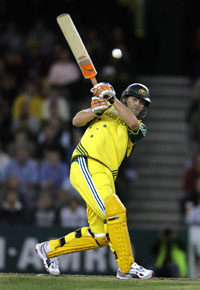 Australia - Ponting, Gilchrist, Hussey and Symonds are proven world class one day players. I have always been a massive fan of Damien Martyn and hope he comes back to his best. But for me I think the bowling might let them down. McGrath is awesome, but in my opinion Brett Lee, whilst certainly being a wicket-taking bowler, is too expensive. Hogg is hardly Warney and I can see some teams getting into the 'bits and pieces' bowlers: Watson and Symonds. A lot depends on Mitchell Johnson and Nathan Bracken. I just don't see them winning it. 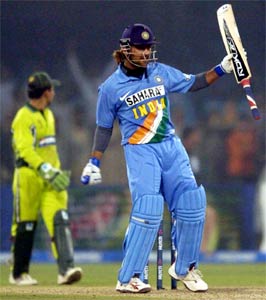 India - With such classy batsmen as Sehwag, Dravid, Tendulkar and Dhoni - not to mention the pinch-hitting of Pathan - the Indians are going to be very hard to beat and will dish out some maulings. The bowling of Pathan, Singh, Munaf Patel and 'the Turbanator' Harbajhan Singh will be very strong and the one day specialists Yuvraj, Kaif and Powar give the team balance. I think India will win it. 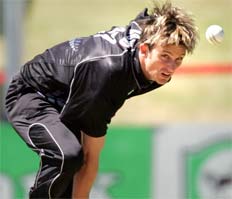 New Zealand - Tough call New Zealand, I mean they have some quality players in Fleming, Astle, Marshall, McCullum, Oram, Styris and Vettori and I cannot wait to see Shane Bond at full pelt - fully fit, he could well be the best bowler in the tournament. I don't think they are quite good enough. Franklyn, Mills and Vincent are decent players but I'll be surprised if they set the tournament alight and their star batsman, Nathan Astle, doesn't have the greatest record in international tournaments. 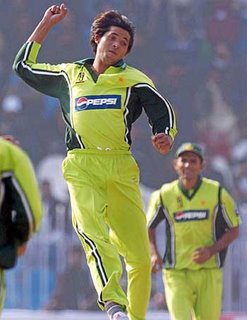 Pakistan - Although they trolleyed England in the recent one-day series and must be scratching their head in disbelief that they only drew 2-2; Pakistan are in a bit of a mess. Inzi is banned and Younis Khan has turned down the captaincy saying that he doesn't want to be a 'dummy captain'. Given this phenomenon it's not a bad call. If the openers click (a massive IF) and if Afridi lives up to his 'boom boom' nickname and if Younis and Younis continue their great form, the bowling looks strong enough to skittle out a few teams. And in Mohammed Asif they have the most impressive new talent I have seen in ages. For me, there are too many ifs and they might struggle if their batting second and chasing a big total. 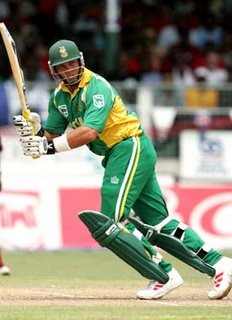 South Africa - On paper they look strong, but on a cricket field they have a tendency to choke. Smith, Kallis, Kemp, Boucher and Gibbs are proven quality. I am really impressed by AB de Villiers and Pollock and Ntini are great bowlers. Andre Nel is an annoying loud-mouth and I look forward to him getting bashed around a bit. I think they'll do well but not well enough. 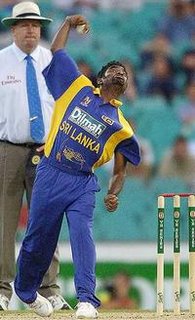 Sri Lanka - Jayawardene, Sangakkara, Jayasuriya and Tharanga are quality attacking batsmen and Vaas, Malinga the Slinger and Murali are good bowlers but I don't see them doing a great deal in this tournament - just not enough quality throughout the team. 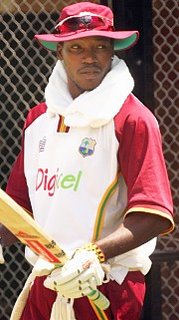 West Indies - If England don't win it (and they probably won't) I will be right behind the Windies. Lara, Chanderpaul and Sarwan. What more do you need to say? And Chris Gayle, my all-time favourite player ever. I mean, Chris Gayle = cool. Attacking batsman, handy off-spinner (off the most stoned one step run-up), bit of bling and cool as anything stand at slip and snaffle anything in the field. Bravo is handy enough and Collymore and Bradshaw are steady, dependable bowlers and Smith, Edwards and Taylor are capable of brilliance. Surely, they can't retain the trophy...or can they?