I Used To Be A Celebrity (Get Me In There!) 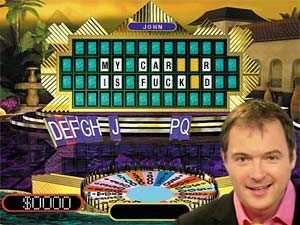 The reality TV programme that gave the Great British viewing public the Former Butler: Paul Burrell; Phi Tufnell; John 'Awooga' Fashanu and the renaissance of Joe Pasquale is now set to unveil John Leslie, the disgraced and oversexed ex-TV presenter. It's I'm a Celebrity (Get Me Out of Here!) a show that is so shit it is very watchable. I wonder what other celebrities are going to be in it this year? Apparently Malcolm McLaren and some guy out of Busted have already signed up.