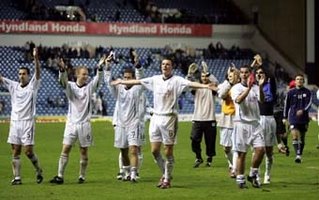 What do you get if one of the teams that constitutes a two team league turns shit? A one team league, of course. How do you follow follow a 2-1 defeat to bottom of the table Dundee United? How's about a defeat in the league cup to 1st division St Johnstone.
Yes live and in technicolour (in the case of Dundee United) is the demise of Rangers FC. I don't know why (because I am neither Scottish, Catholic nor Protestant) but I have never liked Rangers and have always liked Celtic. Probably because growing up in 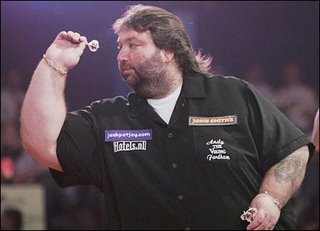 the 1980s Rangers won everything and Celtic nothing. I am really quite enjoying Paul le Guen do a passable imitation of Berti Vogts. Mind credit where it's due, Rangers are top of their UEFA Cup (not to be confused with the Champions League in which Celtic are playing) group. If/When Le Guen gets the boot they could surely do worse than appoint their number 1 celebrity fan as manager, the Viking, Andy Fordham