No danger of England peaking too soon 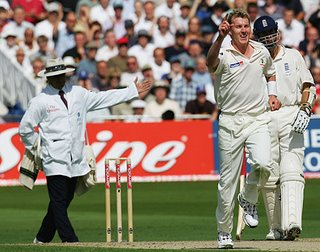 What's worse than your team getting massacred in the first match of the Ashes tour? Well, I'd have to say having the news broken to you on the phone by your gloating 12 year old Australian nephew. In the same way that some religious converts embrace religion more than those who were born into it, my English-born nephew is becoming more - well how do you put it nicely? - Australianer than thou. Bring back the birch for the precocious little darlings. So England got mullered, but are there any positives to be taken? Yes, I think so. Strauss and Collingwood looked in good touch and Mahmood got some valuable runs, which he'll need to do consistently if he is seriously expected to bat at number 8 vs. McGrath, Warne, Lee et al. Freddie got through 10 overs...and that's about it. It's not all doom and gloom, I have a feeling the Ashes will be closer than most expect. Fingers crossed. Yet, three worrying prospects hover unwanted on the horizon:

Comments:
Of course Boycs is right, as I said so myself a few weeks ago ...

Ur like Saruman looking into a palantir the way you have foreseen this. If anything Jones keeping has improved a lot, but this has coincided with the arsehole fulling out of his batting.
Giles can bowl. That beauty he ripped to Martyn. And he also bagged Langer and Ponting so he aint no mug, but Monty is much better.