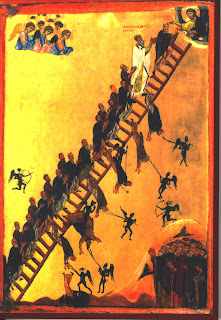 It is with some trepidation that I blog this. Of course, I shall preserve the unfortunate hero's anonymity. He knows who he is, I assume she knows who she is but, frankly, I am none too sure on this one. So why this sudden about turn in deciding to blog? Well that old sage, my mentor, the Mr Myagi to my Daniel-san, Recess Monkey blogged this and concluded with the sorry tale of rutting in disabled toilets. Like all good stories, I'll start at the beginning. Actually the very beginning. A little known fact is that 93% of all conceptions are caused by booze. Family planning, like condoms and common-sense, tend to go out of the window quicker than Wacko Jacko dangling one of his kids. So imagine if a chap had, for instance, been imbibing for a good, few hours and imagine if simultaneously a woman had got into an equally sorry state. Stick with me, but imagine if said man and said woman then got talking to each other. And imagine if said 'couple' continued to drink. Inconceivable as it is, imagine if talk wandered to the more intimate. And imagine if drinks had dulled the senses into thinking that having sex where you work is a good, even desirable, outcome. Of course, it's foolhardy; I can picture my legion of fans poo-pooing the idea. "Sex? At work? No way, Barry. Not me." Well what happens when the unimaginable, the unthinkable, the inconceivable, the ludicrous comes to pass? Everyone has a good laugh and some smart ass (in this case me, in another case Mr Monkey) decides to blog it for all asundry to have a read.
The couple of particpants in this game of drunk love proceeded to attempt intercourse outside a pub, literally out of the door, turn left and it's there. Perhaps a commemorative blue plaque will be issued? So what stopped alcohol's young dream? Perhaps too much inebriation? I would say this is certainly a delaying factor. Also disturbing would be bar manager seeing said man with arse hanging out as he goes to change a barrel (here I should clear up any confusion, it's the bar manager changing the barrel rather than our Romeo). And then the coup de grace would probably be security (probably some fat, doughnut boy) seeing you and telling you to stop. But, of course, alcohol works wonders so it is left to Her Majesty's constabulary to call the sorry episode off and castigate the offending couple for being drunken fools. Said woman's alleged over-sensitive reaction would, of course, be all too predictable. It is with a fitting touch of irony that I can inform anyone reading this who isn't Brian Sewell (a man who evokes a watered-down reaction in me to what Jeremy Clarkson elicits) that the picture in this post is called "The Ladder of Divine Ascent"
. In this case, there existing a small line between divinity and decadence. Just to assuage any fears you may harbour that the poor lady is with child; I would conclude that, unlike some, I do not buy the story of the immaculate conception. Confuscious say: "Too much booze cause brewer's droop".

Labels: sex, Sports and Social, too much booze

Comments:
To think that it was all rumour. Why is it that all the more interesting things happen when one is off on holiday. I know who the offending female is by logical and as you so well put it, mathematical deduction, booze+love talk, but I'm curious as to who the other half of this menage a deux was?