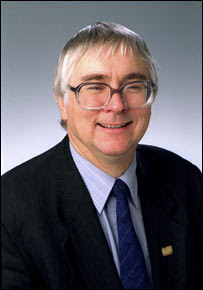 I can't quite recall who at the moment, but I was told a quite splendid tale of Bob Russell, the Liberal Democrat MP for Colchester - a rather depressing hole of a place especially when the Owls have been humbled 4-0 by Colchester in a stadium closely resembling a rather small , shitty shed. Now I am quite split about Bob Russell. He is a Liberal Democrat, which stands against him; but on the other hand (something Abu Hamza hasn't said for a while) he believes darts should be formally recognized as a sport. Then on the other hand (what has three hands? Ermmm...there's a gag about Gary Glitter somewhere...ermmm...Mr and Mrs Admiral Nelson?) he voted for Nadine Dorries' anti-Abortion Bill. However, Bob has outdone himself by allegedly camping out (in the manner of Milletts rather than Liberace - he may conceivably have been doing Liberace impressions) all night so as to be able to table EDM 1 of the new parliamentary session. Oh way to go Bob, you are like soooo cool. And what could be the subject of this Motion that is so important as to warrant this wholly over the top behaviour? Of course, to celebrate the centenary of scouting. Yes there really aren't enough Motions praising the work of Baden Powell, an alleged pervert or paedophile if you rather - "probably pedastry" as a historian far too interested in the subject for comfort writes. Anyway back to Bob. He actually succeeded in tabling the first 10 EDMs of the parliamentary session. That's just like ice cool.

Comments:
FYI
He does it every year, this has proved to be too much for the mildly amusing Stephen Pound who last year also wanted to table the first EDM. Old Pound was so fucked off that he promptly donated a lump sum to the local colchester laboul party, just to piss off Russell- mission accomplished.