Hug a hoodie, hug a smug git. Hard on crime, hard on. 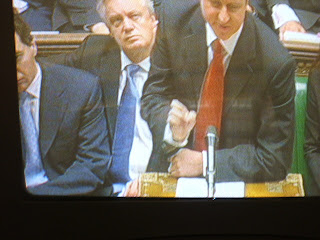 Never mind hugging a hoody, how's about hugging a squeaky clean (or at least squeaky) smug git? PMQs never tends to be the focal point of my week, but during yesterday's session I was disturbed by my colleague Morag saying: "He's got his arm around him. He's actually got his arm around him" I look up and there was the Shadow Home Secretary and the Shadow Chancellor being everso chummy. The Basher and the Squeaker. Compassionate Conservatism. And why not?