Re-immersing into the flock 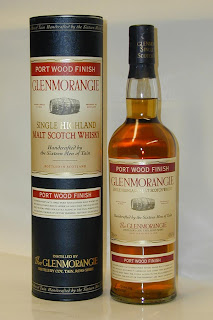 For quite some time now, I have neglected local politics. Since an unfortunate shelalaking in May, I decided to opt-out. The meetings do my head in, and the national picture is hardly inspiring, especially to one who could include laziness as a hobby on his CV.
However, things changed on Friday my mobile rang and I departed the pub thinking that the call might be important. It was an invitation to attend the Barkingside branch Christmas social. One thing instantly struck me, I am not a Barkingside member although I stood for selection (and failed) as a fresh-faced, somewhat less cynical candidate back in 2002. But then another thought came into my mind, I am not quite sober. And in a case of, and please excuse my latin, in vino non veritas, I readily accepted.
So I obligingly turned up managing to ponce a lift of a member who is, shock horror, much younger than me. So we stop off and stock up on Mince Pies and show our mugs. We get there and there's a few Labour Councillors present, for the uninitiated amongst you Barkingside has no Labour Cllrs although we once got close...
And there's a raffle...and Barkingside branch reflects its sizeable Jewish and Asian membership by laying on an eclectic racially harmonious mix of fishballs, bhajis and samosas. Not bad. A quick spin around the raffle table shows a bottle of Glenmorangie, a portable TV with FM/AM radio, some 64 games in 1 console and the usual tat of assorted porcelain.
Now from the picture, you are probably assuming that I lucked out, won the raffle, nabbed the Glenmorangie and scurried off to get merrily pie-eyed. Well you would be wrong. After a while, it appeared that the Glenmorangie had gone walkies. Well, somehow the Glenmorangie went from raffle prize to just a drink for whoever is about. Upon seeing this I asked my mate to get me a drink and he obliged by coming back with a healthy triple. Good lad and, unsurprisingly, everything else passed by serenely; although I won nothing on the raffle.