Doom and gloom? Are England as bad as it seems? 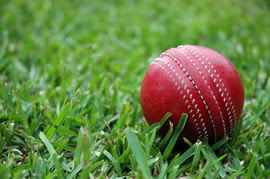 To answer in one word: no. As the England team wave a fond farewell to the Ashes and the Aussie one-day team continues to dominate England, it is tempting to join the nay-sayers; those who love nothing more than panning England.
When England won the Ashes, realists were quick to note that the matches we won were when McGrath didn't play. From the Aussie team mark 2005, out went Katich, Kasprowicz, Gillespie and eventually Martyn and in came Hussey, Clark and Symonds. That is a definite strengthening of the team. Compare that to England whose '06/7 version had lost Ashes heroes Vaughan, Trescothick and Simon Jones. The only improvements in the England team were Monty and Read coming in for the King of Spain and Geraint Jones, but even these didn't happen until England were as good as down for the count.
To me it is no surprise England lost. We simply do not have enough world class players. So we have KP, Freddie (on a good day)and Monty (potentially). Strauss looked to have his nose out of joint after being looked over for the captaincy and Cook, at times, had the look of a rabbit caught in the lights. Personally, I do not hold Collingwood in the same high respect as some do. Handy for sure, but world class? I'm not so sure I'd have him in my team. Ian Bell is no number 3 and this was proved time and time again. Mahmood has potential to be an excellent bowler, simply put he isn't all that at the moment.
Whereas the Aussies bat all the way down to 10 (to some degree), from 7 down England looked as stable and safe as Tories in Scotland and Wales in 1997. So where do we go? For me, one key mistake was not selecting Mark Butcher when it became clear that Trescothick and Vaughan were not going to play in the Ashes. He offers experience and pedigree. Monty should have clearly played in front of Giles. This is no slur on Giles, but Monty is the better bowler. What England clearly lacks is a number 8 batsman. Saj Mahmood? Matthew Hoggard? Hmmmmm? Given the travails of England's pace attack, the most sensible solution would probably have been Jamie Dalrymple. Yes, this would have given England a slightly lop-sided looking attack, but at times Mahmood, Harmison and Anderson looked about as much use as a chocolate teapot. So who can pick up the poisoned chalice of the number 8 slot? Stuart Broad looks capable if unproven, but the cupboard looks decidedly bare. Time for Mahmood, Plunkett, Broad and even Monty to prove that they are good enough to bat at 8 in test match cricket.
What would help would be some realism from commentators and supporters alike. England hadn't won the Ashes since Gatting's '86/7 vintage, yet some appeared shocked to their core that we haven't regained the treasured urn. I went on a tour of the MCG a couple of weeks ago and there was the old urn. I came as close as any Englishman. But look around the world now. South Africa have just collapsed against Pakistan (who have Shoaib Akhtar batting at 8), India look shot to bits at the moment, New Zealand and the Windies flatter to deceive. England are, in my mind, the second best team in the world; possibly third behind Pakistan. It is easy to be hard on our boys, indeed it could well be a national trait. This Aussie team is something special, very special and they had the hunger and motivation to beat us. I think key selection errors and some truly woeful preparations did nothing to help England, but when you lose to the best - even if you get thrashed - it is important to keep everything in context. It's not a matter of 'you can't polish a turd', but rather you face Mohammed Ali and you are going to get knocked out whether you are Mike Tyson or Frank Bruno. First is first and second is just another number.
And one point in leaving, for whatever reason that Chris Read appears to be about as popular with the England heirachy as Jade Goody would be at Diwali celebrations, what is wrong with James Foster? Geraint Jones isn't good enough and I feel Foster is better than both Prior and Nixon.

Labels: doom and gloom, the Ashes