"The worst film I have seen in ages. It made 'All the King's Men' look good", Barry Beef (27) bored shitless commuter on Gulf Air 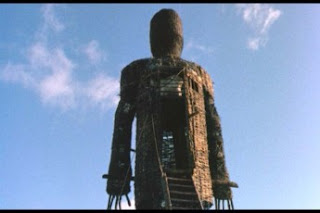 I am no particular film buff, I know what I like and as that includes Jean Claude Van Damme I wouldn't make it onto the panel to decide the 100 Most Inspirational Films. Now the one thing that excited me about the prospect of spending near-on two days on a plane to Sydney and back (don't get me wrong, it wasn't non-stop; I mean I stayed in Oz for a while) was the cornucopia of films available at the touch of a button.
On the way out I watched the entirely predictable and sort-of ok, The Accepted and the pretty good The Departed (I mean any film where Leonardo Di Caprio and Matt Damon get shot in the head scores decent enough points with me). On the way back I caught School for Scoundrels which was quite a lot better than I expected and the Queen which I thought was pretty good. You know, the Queen looks so much like Helen Mirren and that Tony Blair, what a guy!!
And then it all took a turn for the worse. All the King's Men starring Sean Penn and Jude Law amongst others really stunk the plane up. Just two hours of tosh, but that appeared an Oscar winner when compared with the Wicker Man. I am not much a fan of the genre, but I have been told that the original is an excellent, innovative film. Well the remake is absolutely dreadful. If you would like to see Nicholas Cage dressed as a bear punching women then this is *THE* film for you. Really. Just so very bad.

does it have anyone dressed as a bear?

Is it even worse than Forrest Gump?

Someone who can't be arsed to watch it, writes:

Does it have a Hollywood ending?

it has the kind of hollywood ending most films should have - nicholas cage having his legs broken, being hung upside down in the wicker thing (as per the pic) and then burnt alive as a sacrifice.

the original is fantastic. fact