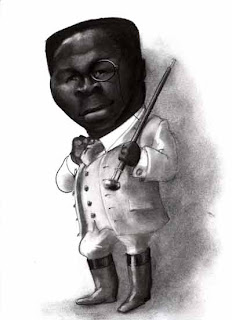 Notorious character and lisping eccentric, Chris Eubank has been arrested for protesting against the Iraq war. Thurely thumbone is taking the pith? But no, Gutbuster (who will not be doing karaoke tonight) saw his massive truck go down Whitehall. Here is Eubank's massive truck. Look at the size of that one! 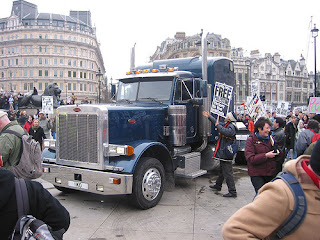 He could be Tory Party leader. Actually, given that Meacher refused to answer the question: "What car do you drive?"* he could be a candidate for the Labour leadership.


* he drives a Jaguar.
By the way, the Chris Eubank cartoon is courtesy of this quite marvellous site