Doh! Simpson to stand down

I was really upset to read that Alan Simpson, the Labour MP for Nottingham South has decided to stand down at the next General Election. I can well understand his sense of frustration, the Labour Party is currently not the greatest haven for socialists. I have a lot of respect for him and wish him all the best. The quote in his resignation letter is pertinent: "There are good people in the Parliamentary Labour Party but not enough of them. At times, I feel that colleagues would vote for the slaughter of the first born if asked to." Not only vote for it, but probably justify it by saying it was in the manifesto and the Government has to deliver on its manifesto promises. 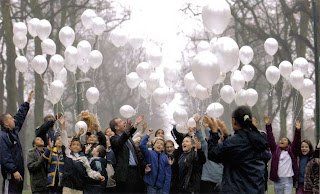 Comments:
Another one bites the dust. Don't blame him - I would probably duck out too surrounded by career politicians and leader/potential leader hanger-oners but shame that the ones with integrity leave us to be governed by those with none.