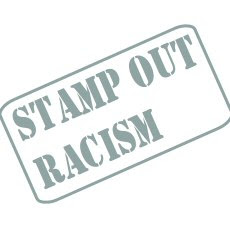 A friend of mine, presumably bored off his tits at work, has found the following article in the Cambridge Evening News. It appears that a Tory Councillor has somewhat put his foot in it by calling non-Britons wogs. It is hard to know who he is actually referring to, the exact quote is: "There are all different sorts of w*gs here, I don't differentiate between them but treat them all as though they were English." So does this mean economic migrants, asylum seekers or just anyone who is non-white and lives in the UK, irrespective of how many generations the family have lived here? Of course, I'm being harsh - I can't help it, I don't like Tory politics much - to redraw the balance it's probably fair to assume my 'non-white' comment is not true, I imagine immigrants from Eastern Europe would be lumped in there too. And if Alex Hilton is correct in his thinking that the Tory Party is "dedicated to lining up the entire British working class and buggering them one by one", it is the kind of equal treatment to which quite a few would take exception.
The Cllr in question, Ted Pateman defended his comments explaining that in his generation the word wog is quite common. He also comes up with an ingenious ruse to get out of this mess by saying: "The term is in the Oxford English Dictionary." This argument falls down when you consider that, for argument's sake, the word cunt is also in the dictionary, however I wouldn't use this word to describe foreigners either. Undeterred Cllr Pateman continues: "They're all equal, all English and you can see that when the kids go to school in the morning. In my Close of 42 houses, we have 11 different nationalities and they are all neighbours. There's no racism up here in Cambourne and I don't think there is very much in Cambridgeshire." Ok, but it does also reveal that he has a bordering on the obsessional interest in the number of non-Britons in your street, especially for someone who starts off by saying "They're all equal, all English". If they're all equal, surely each of the 42 houses in the Close is lived in by English people?
Racism isn't only reflected in lynchings, stabbings and the Police Service (boom, boom) but also by comments that clearly show that immigrants are different from the indigenous British population. Obviously this 'different' is normally equated to 'worse than'. Therefore, someone like Ron Atkinson (famed for calling Marcel Dessaily 'a lazy fucking nigger') is a racist even if his daily routine does not revolve around race-hate like Adolf Hitler. Racism is racism and it can take the form of hate, prejudice, ignorance or words out of the dictionary.
Of course not all Tories are like this and perhaps Cllr Pateman at a less than spring chicken 79 is not the shining embodiment of Cameron's Tories, but you can bet that people who share these views (significant sections of the older generation, shall we say?) are the life-blood of the Tory Party upon whose votes they are very reliant.

p.s I once spent the weekend in Cambourne as the hotel me and my girlfriend booked was heinously called the Cambridge Belfry. It isn't in Cambridge, it's in Cambourne. Cambourne was incredibly dull. I even don't think it was finished.

oh shit, that means i'll have to have laser surgery to change my Tribute to Big Fat Ron tattoo.