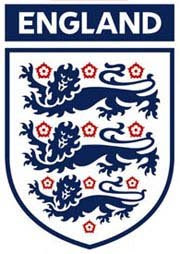 I was supposed to miss the latest debacle served up by Macca and the boys, I was supposed to go to Leytonstone to a meeting with speakers including Harry Cohen, John McDonnell and Katy Clark. However, when Gutbuster pulled out I didn't fancy it on my own and, somewhat strangely, I felt a calling, a duty if you will, to watch England.
Well it's a case of what might have been. That was a pretty piss England performance. England didn't turn up and looked toothless. Big Boy up front on his own didn't do anything. Macca did, however, solve the eternal problem of England's left flank. He literally didn't play anyone there. Thank goodness Macca wasn't a General at Waterloo. Nominally it was Lampard but in reality Lamps was about as left as the current Labour heirachy. With Barry and Downing in the squad, Macca decided to start with Phil Neville. That's a good omen.
I know we were lacking a number of players, but the lot who turned out were proper poor. This is a combination of the players and the tactics. It just seems that whatever formation Macca goes for, he doesn't seem to tell the team until mid-way through the anthem. Just play 4-4-2 mate. If you can play left-footed players at left-back and left-midfield and stop trying to fit Lamps and Gerrard into centre midfield we might even turn in a performance worthy of the name. This is no slight on Lamps purported weight, but Gerrard is far and away the better player.
What Macca needs to recognise, and pretty damn soon, is that you pick a formation and then pick the players to fit into that system. You do not, sorry you really really should not, pick 11 players and put them into a formation. Lamps/Gerrard is a case in point. Macca, and Svennis before him, seems besotted with putting them in the same midfield. I am not sure how many more times they have got to fail to click not to get picked. I mean look at Spain, they had Alonso and Fabregas on the bench and, for my money, they're better than Lamps; hell Alonso didn't even get on at all. This means that you drop Lampard and play Hargreaves. If Hargreaves is injured again, you pick someone who can play the holding role, whether that is Carrick, Barton or Butt or anyone frankly. You don't put Lampard there and hope he'll play in a way that is totally alien to his instinct.
Equally, you pick someone who can play on the left of midfield and don't just put the odd one out of the centre midfield there as if you were, in effect, sending them to Coventry. For goodness sake, it's not rocket science. The idea continues: you play strikers who can score, have pace and compliment each other (not in a "oooh Wayne I do like that shirt" way, although it's quite an amusing concept.) Crouch on his own? Now I know the big-lad-with-a-good-touch is a bit of a freak, but he's alright. Yet, playing on his own he's about as effective as the Liberal Democrat party. We have loads of young, quality strikers so if Macca is hell-bent, as it seems, on not giving Defoe a proper chance he could call up, say, Leroy Lita or David Nugent or Gabriel Agbonlahor or Ashley Young. Just take the plunge Macca.
The current team and the current management are treading water. Next up Israel and, sadly, they're not the mickey mouse outfit they were a few years ago. I'd even go so far as to say if it wasn't for a rather heated second-half debate on who's better Sharpe or Jack Bauer (it's Sharpe by light-years) this would have been one of the most deflating 90 minutes of my life.
Mind due, it could always be worse, I could be Barry O'Beef and I could be Irish and could have just watched my team scrape a 2-1 win over San Marino, a team with all the class and talent of the Queen's Head 3rd XI.

"The Football Association of Ireland (FAI)Are a bunch of Fucking useless cunts that should be taken out and shot. Everything that they touch turns to ash. wheither it's the Eircom League, all the money that they blew after the 1990 & 1994 world Cups, the Building of Eircom Park, The Roy keane incident, The Sacking Of Brian Kerr after he did the best that he could right down to the Appiontment of a man without no managerial experience and who talks through his arse...Mr Steve Staunton

Unfortunately its all true.