At least we kept a clean sheet 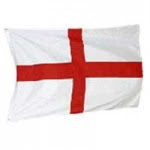 Despite not having the greatest weekend, I was blessed to have missed the vast majority of England's 0-0 draw against Israel. I am waiting for an England player to now announce that "Andorra are one of the world's top teams." So let's have a quick look at what England's problems are: we can't score, the midfield's not producing that much and the defence looks a bit shaky. Our keeper is also out of form.
So who needs to be dropped? And more importantly who should be called up to the team? Andrew Johnson is the obvious patsy here, but if he gets decent service he'll score. Drop Rooney? Ermmm, no. So it's back to my favourite hobby-horse, see you later Frank. Hargeaves in centre mid with Stevie G. That's Stevie G, playmaker and midfield dynamo, not Stevie G rent-a-day right winger. Lennon on the right and bang Dyer on the left until Joe Cole is fit, i.e. physically - his large head and habit of sticking out his tongue when being good making the more urban meaning an improbability. That means Lamps on the bench.
Drop Rio for a game or two. He's a classy player for sure, but looks like a man secure in the knowledge that he could do practically anything and not be dropped. Put Carragher or Woodgate in central defence. Give Phil Neville his P-45. Ashley Cole will be in after suspension on Wednesday with Micah Richards fitting in at right back. Robinson should also be put on the bench. I imagine Foster will get the nod, I mean he does play for Manchester United (sort of); although Scott Carson is the best English keeper around.
I'd probably drop the lad McClaren too. God knows who'd replace him though, what about Beckham? As ever, come on England.

Comments:
Well, since Andorra is located in the Pyrenees and its lowest point is 870m, it is certainly one of Europe's top teams.

it could well be England's lowest point too

I can take quarter finals!