Eastenders and the synagogue quiz 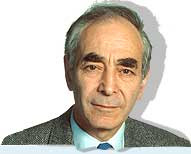 Before I start let me say I have never met Dr. Legg, I was stuck on what picture to use; hey he was in Eastenders and is Jewish. I'll take it. So I was watching the Eastenders omnibus yesterday and there was to be a pub quiz in the Queen Vic. Normally, when there is a pub quiz in Walford it will be comedy for everyone as Minty and Gary talk about nothing else and then invariably come last. But hey, Minty and Gary are a great comedy double-act; so I can bare that. Yet the deadly duo were surprisingly not around for this quiz (Hey writers, how's about consistency in your scripting??). No, this quiz is something a bit special. What's special about a pub quiz? Well, as someone who attends quizzes and on Sunday night actually went to a synagogue quiz (I'll come to that in a bit) the question eternally on my mind is "What shall I wear?" I'm glad it's not just me who suffers like this, both Stacey and Chelsea declared they had nothing to wear. Am I taking crazy pills here? They go to this pub every single episode, yet now they don't have anything to wear. It's a pub quiz, not a prom. I mean who puts glad rags on for a pub quiz? Apart from Stacey and Chelsea, I guess only me. That's the thing about pub quizzes, no-one makes the effort anymore. "What about Shirley??", I hear you shout at the monitor. Ok, ok. Shirley had made an effort, she was wearing a lovely red number, all very Chris de Burgh I'm sure. She really did look like mutton dressed up as mutton. She also got pie-eyed and shouted for her ex-husband to get married to his current, yet estranged, belle.
Thankfully, these shenanighans were not repeated at the synagogue quiz. After an eternity finding something to wear (in the end I settled for jeans and a shirt), it was time to commence. I walked in and wow, it was very, very caucasian. Not that that's bad, it's just kind of weird.
The quiz rolled on for a while and our team were right in it until a couple of poor rounds at the end saw us finish 4th. Not even a podium finish. Still it could have been worse, Dwayne Chambers took drugs, finished 4th and was banned from competitive athletics for two years. I was clean, finished 4th and intend to do the Sports and Social Quiz on Thursday.
At the end there was a big fundraising raffle and I was amazed to hear that the draw would be made by Dr Sharma. Sharma? In a synagogue? But I thought everyone was white! How quick of me to judge. I know it's not an uncommon surname, but I wondered aloud to my mum (Mummy Beef) whether she was the daughter of Mr Sharma, my Maths teacher at school. I said to my Auntie that it was a nice touch at a ostensibly Jewish function, to get a Hindu in to do the draw. Very integrated, very now! Alas, it turned out to be Schama, some relation of the TV historian.

p.s Anyone know who hit the winning putt for Europe to win the 2006 Ryder Cup? I'd expect the two wise old men of the Sports to know (we watched it together...with those three hunnis*)

* They weren't really hunnis, Red Fox. Not like you darling