If you don't like Trident does it make you a hippy hobo? 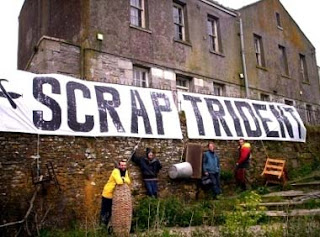 
* In fact, I had been told by a FoE campaigner that Trident was wrong.
** By 'dirty', I don't mean illegal, it is fully in line with the NPT - a piece of legislation which whilst nominally regarding NON PROLIFERATION defends Britain's right to re-new.
***About 20 years ago we were funding Afghanistan against the Soviet Union. Wow. Everyone changed sides on that one, it's just like WWE!