Top quality MP to stand down 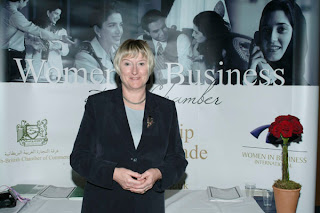 The Gang of Four were a stain on democratic socialist history, but more fool them; if they'd stayed in the Labour Party they would now be heralded as 'venerable' and other such compliments. As it is the SDP became Thatcherism Mk II and collapsed before being sucked into the Liberal Party. Ok, so why mention this? Truly, it is a convoluted link to my own Gang of Four, Barry's Gang of Four which is my four favourite MPs. Sadly, one is no longer an MP and to compound this, I learnt yesterday that another of the Four is to stand down at the next General Election (I won't name the other two, in case they decide to 'do one' too). So it's a very fond farewell to Calder Valley MP, Chris McCafferty.
It's not just her politics that I am quite partial to (although I thoroughly enjoyed her speech in the quite recent Abortion Debate as the Tories were getting into full-on swivelled-eyed loon mode) but also her manner. People should vote with their conscience and she did, even if a Whip was breathing down her neck (not literally). I used to be in the office next door to Chris (an honour now held by Kerron) and frequently popped in for a chat with Chris, David and the lovely Mette (and in more recent times to see the wonderful Lola Coca Cola and, only once, Arty Farty) or more commonly to sort out Mette's computer.
Obviously MPs are an important bunch of people (just ask one and they'll tell you) but Chris is a proper decent lady, a good laugh and a good chat. I may be wrong but I think Chris was the first sitting MP to do jury service, if not she was one of the first. Now that's a fact (unless it's wrong, of course).
What with John Battle, Neil Gerrard and Alan Simpson also standing down, the Labour Party is losing some very valuable, principled MPs and doesn't bode well for the next Parliament.
Good luck in the future Chris. And if it's not too late change your mind.

Comments:
Yes, it's a shame. And I agree with you on the other 3 MPs you mentioned too. :-(

Bit flawed logic about the SDP there Beef. It was afterall the establishment of the SDP that prompted the Labour Party to change - without it the Labour Party would certainly have exploded. Do you seriously think that the British people would have rather had Michael Foot as there PM? Don't try to blame 18 years of Tory Government on the SDP. For that it is entirely the Labour Party's fault.

Scentless? It should be senseless. Where have I blamed the SDP for the Tory Government in this post? As if the SDP were important enough. The Labour Party moved (whether for the better or not) to the Right to fill the vacuum left as Thatcherism went further right. The SDP defected to achieve the same aims and basically had no foundation and drifted around aimlessly. I have heard Kinnock referred to as 'a yapping dog at Mrs Thatcher's ankle' - this may be so but it would make the SDP a flea on the dog. I have called the SDP Thatcherism Mark II - couldn't imagine the Tories gave a stuff what they were up to, mind.
Did people want Michael Foot? Probably not, which is kind of represented by him not winning a General Election.
Sadly, you have misinterpreted the post. You may not have noticed it is about Chris McCafferty and not the fucking SDP or reasoning behind the Thatcher Government.

Could you explain why they were Thatcherism Mk II?

The SDP accepted the 'tough' Thatcherite economic reforms of the economy during the 1980s (such as anti-trade union legislation and the privatisation of state industries).

Also the number of Owenites who found themselves ending up in the Tory Party.

During the April 1992 election campaign, Owen in the Mail on Sunday advised voters to vote Liberal Democrat where they had a chance of victory and otherwise to vote Conservative rather than let Neil Kinnock become Prime Minister. He maintained his long standing position that he would never join the Conservative Party, although the memoirs of at least three of John Major's cabinet ministers refer to Major being quite keen to appoint Owen to his cabinet, but threats of resignation from within the Cabinet prevented him from doing so.

A ridiculous comment perhaps, but all the above is nicked of Wikipedia.

So why did you bring the SDP into it if it was nothing to do with them? You may not consider the SDP important but they as much laid the foundation for the current contemporary political debate as Thatcher did. This would in part justify your Thatcherism mark 2 comment but that in itself is an ill advised ascertaination and plainly shows a complete lack of understanding of the 1980s. SDP along with the Liberals polled only 2% less than your precious Labour Party in 1983 yet due to the inadequateness of our electoral system the Alliance won 200 less seats.

very true, if we had PR it'd all be different. we don't.
i like it being called my precious Labour Party. It brings it all home.
I don't think I have poor understanding of this, just that i don't like the SDP. i have explained my comments already, so don't hold it to be ill-advised. what is an ascertaination by the way? is it a type of knitwear?

Bye Bye Chris, you will be missed when you leave.

Hopefully we will have acouple more years yet to enjoy hearing your hearty chuckle bouncing round the corridors.

And, may I remind you all that we may also lose the lovely Kari - the sterling bag carrier who also gives a shit about the world (a genuine rareity amongst bag carriers)... and she is a wonderful funky dancer too.

Ta-ra to you too chuck - you really will be missed.

Watch this space peeps! May stay, may go, just call me indecisive!!