A weekend that cricket won't forget 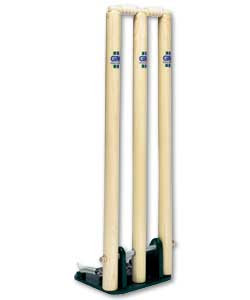 Things started off very strange, India beaten comfortably by Bangladesh and then Ireland celebrated St Patrick's Day by pulling off one of the biggest shocks of all time by beating Pakistan by 3 wickets, having already lost to the West Indies in the tournament's opening match it meant the end for Pakistan. India should still progress. And then England stuttered into action, as Australia were thrashing Holland, England sealed a convincing, if not all that encouraging, win against the plucky Canadians. England's performance was over-shadowed by five of the squad going on the piss and Freddie falling off a pedallo. Pissed. Freddie was dropped for Essex's Ravi Bopara who performed pretty decently. Perhaps for the must-win match against Kenya, England will perservere with Bopara and drop Dalrymple who's not having the greatest of tournmaents as of to date. Sweetstuff likes the idea of bringing Strauss in for either Bell or Joyce. Personally, it is getting frustrating to watch Ian Bell hit another classy 20/30 without making more and Joyce looks good but I am not 100% sold. So, yes I would bring Strauss back in.
And then Googly sent me a text to tell me that Bob Woolmer, the Pakistani coach, had been found unconscious in his hotel room and pronounced dead at a local hospital. I am really at a loss as what to say, apart from to pay tribute to a man who achieved a lot in his career as a player, and perhaps more so as a coach. He was rumoured to be one of the favourites to succeed Duncan Fletcher as England coach. And this news was compounded by Inzi's decision to stand-down as test captain and retire from One Day Internationals.