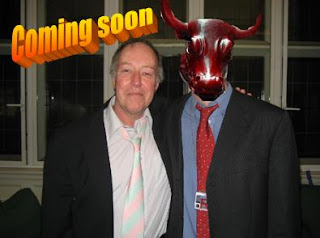 Comments:
Was this at the sloppiest tie wearing competition?

Is that in your office?

BTW, we all know that the new Lt Gruber's office is only a couple of doors away from me.

You are a legend Mr Beef - now it's official

Did you have to listen carefully to what he said because he was only going to say it once?

at the risk of being a pedant, you are insinuating that simon hughes should be lieutenant gruber. in reality he is a lib dem mp. guy siner is the actor who played lieutenant gruber. i didn't ask him whether he would like to play simon hughes.
i also know simon hughes' office is close to yours. of course, i would know this because i was in ur office before you moved in.