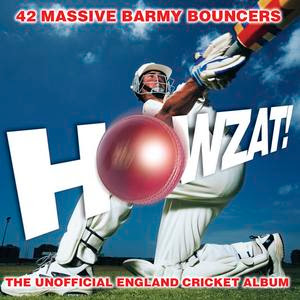 We have all had our own experiences but, to my mind, there is no more a fickle mistress than the English cricket team. Today sees the start of the Second Test Match against the West Indies and after the First Test only two things emerged: English weather is still shit a characteristic shared by the bowling attack, Monty aside.
When Hoggard pulled up early doors, things looked glum for England. Paul Collingwood bowling second change? Hmmmmmm...maybe this attack is going to struggle to get 20 wickets. As it transpired they toiled away to get the 10 wickets they managed. With Hoggard out, you would have expected, ok crossed your fingers and hoped, that Steve Harmison and Liam Plunkett would step up to the plate, which to be fair they did. They just weren't successful. Between the two of them over both innings they bowled a combined 77 overs conceding 293 runs and taking 3 wickets. In the words of the greats, let's break it down: that's 77 overs at 3.8 runs per over, getting a wicket for every 97.66 runs conceded with a strike rate of one wickets every 154 balls, or 25.66 overs if you prefer metric.
Freddie is missed for sure, but without Monty we would have been in so much trouble against, well, it's not the most inspiring West Indies batting line-up. Yes, they boast Gayle, Sarwan and Chanderpaul but it's a long way short of Haynes, Greenidge, Richards, Richardson, Hooper, Lara and all those others who I have seen pulverise England in my formative years.
So what to do? Here's the tricky bit. Rumours that 'White Lightning' Allan Donald is to be the next England bowling coach are encouraging and show that the bowling is in desperate need of a shake-up. The age-old quest to find a bowler who can bat at number 8 (in England you'd be more likely to find the Holy Grail) has been ditched to finding bowlers who can 'bowl in the right places', 'in the corridor of uncertainty' or basically fast and straight.
The inclusion of Ryan Sidebottom, belatedly making his second English appearance, offers England someone who can bowl straight and is consistent, he is also a left-hander who will add variety to a samey attack and has experience of Headingley having come up through the Yorkshire youth system and into their first XI.
However, these problems are not only found in England. With Warne and McGrath retired along with the, as yet, last greats of world bowling: Ambrose and Walsh; Wasim and Waqar and Donald, there is only Murali, Shane Bond and probably Mohammed Asif left (Pollock, Kumble and Harbajhan aren't what they used to be). Batsmen should be filling their boots and they have: look at England. We have Strauss (test average 42.66), Cook (46.42), Vaughan (42.94), KP (50.50), Collingwood (44.58), Bell (45.52) with Trescothick at a measly 43.79 hopefully to return. I would play five batsmen with Freddie (32 with both bat and ball) at 6 and Matt Prior (147...really, ok after just one Test but still) at 7. Let's be modest then and say that the five batsmen will score 40 each (conservative estimation given that they all average higher than 40) and Freddie and Prior score 30 each. That'll give you 260 and hope that the last four can nurgle 40-odd. So this should be the bare minimmum an England side batting first should score. For the non-batting bowlers you'd have Hoggard and Monty and then who? How long does Harmison stay in the team on reputation? Will Plunkett and Mahmood ever be anything more than worryingly inconsistent? Will James Anderson ever be as wicked as he was when he first emerged on the scene? Will Sidebottom take his chance and stake his claim to a permanent spot? Is Stuart Broad as good as he looks? Will Simon Jones ever be fully fit again?
Basically, it is time for the batsmen to carry the bowlers: we need five bowlers so the batsmen have got to knuckle down and do their job. The bowling attacks are more playable than for the whole on the 1990s so come on England, score loads.