Archer fires his arrow of injustice

Reality Television has given us so many things to be thankful about: Gordon Ramsey arguing with Edwina Currie; Jade Goody and that woman tossing the pig off, but the piece de resistance must be BBC 2's The Verdict. Now if there was one man on God's green earth I would not want on a jury it would be someone convicted of, and had served a custodial sentence for, perjury. Yep, it's Jeffrey Archer. God's teeth. That's Jeffrey Archer, the liar. That's Jeffrey Archer, the convicted liar. That's Jeffrey Archer, the chap who is on the panel of Fortune: Million Pound Giveaway who praises and funds projects that he gave fuck-all consideration to when he and his Tory mates were busy breaking communities up and down the UK during the heyday of the 1980s. Yes, I would love to have him on the jury. In for a penny in for a pound, I suppose; why not put dogger and woman-beater, Stan Collymore on the jury too? Oh right, they already have... 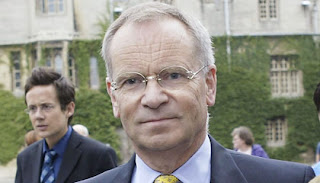