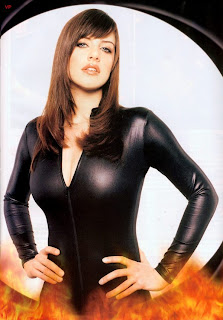 Comments:
God she is bloody sexy

She is as sexy as a dry turd adn acting ability to match.

Bonkers casting - but her boobs will probably float the viewing figures, some turds are, after all, floaters.

Ah pookie - so true, so true. Alas, I think your words fall on man-ears so don't expect consensus. There are many more beautiful in ye olde Pimlico.